We are a group of occupational therapists who share a passion for serving the needs of persons whose differing cognitive abilities compromise participation in valued activities and occupations. We formed the ACLS and LACLS Committee as a non-profit organization to further this passion and our mission to support compassionate care by the community of international healthcare professionals who serve clients, their families and caregivers. This organization holds the copyright for the Manual of the fifth version of the Allen Cognitive Level Screen and the Large Allen Cognitive Level Screen and publishes the manual along with other materials related to the cognitive disabilities model. As the board of directors, we are also committed to education, development and research activities that promote informed and empathic use of this tool and the cognitive disabilities model. 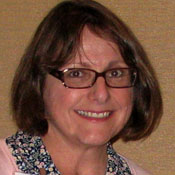 Linda  served as chairperson for the test revision committee on the Manual for the Allen Cognitive Level Screen-5 (ACLS-5) and Large Allen Cognitive Level Screen-5 (LACLS-5) (Allen, Austin, David, Earhart, McCraith &amp; Riska-Williams, 2007), the first publication of this organizationShe has used the cognitive disabilities model since her thesis work with Claudia Allen and Catherine Earhart in 1978 through 1980 when she collected normative data on the Allen Cognitive levels  During that time she also developed the Riska Object Classification (ROC) test as an attempt to expand on the then six cognitive levels.  A short version of the ROC is included in the evaluation of the categorization operation in the Lowenstein Occupational Therapy Cognitive Assessment (LOTCA) , theLOTCA-2nd Edition (Itzkovich, Averbuch, Elazar &amp; Katz, 2000), and the  Dynamic Loewenstein Occupational Therapy Cognitive Assessment for Adults  (DLOTCA)( Katz, Livni, Bar-Haim Erez &amp; Averbuch, 2011) as well as in the Dynamic Occupational Therapy Cognitive Assessment for Children (DOTCA-CH) (Katz, Rarush &amp; Traub Bar-llan, 2005).

The primary focus of Linda’s occupational therapy practice  serving adult and geriatric populations with physical and/or psychiatric disabilities  was enriched with a half decade of experience working with school children ages 3 to 22 with severe physical or cognitive disabilities. She is also a charter board member of the Allen Cognitive Advisors, Ltd.

Catherine has actively engaged in the practice of occupational therapy in mental health since 1972.  In 2015 she retired from the position of Supervisor of occupational therapy at Los Angeles County/University of Southern California Psychiatric Services in Los Angeles, California, where she oversaw clinical inpatient and student training programs.  She continues to lecture at the University of Southern California Chan School of Occupational Therapy and present at national and international conferences.

From 1974 through 1995 Catherine worked with Claudia Allen, MA, FAOTA and other clinicians to collect clinical observations and conduct qualitative research instrumental to the development of the cognitive disabilities model.  She co-authored the best-selling text, Occupational therapy treatment goals for the physically and cognitively disabled with Claudia Allen and Tina Blue, BS, OTR/L (1992).  She is primary author of the Allen Diagnostic Module (1993) and related assessments, and the Allen Diagnostic Module, 2nd Edition (2006).

Catherine’s expertise in activity analysis was useful in the publication of the Manual for the Allen Cognitive Level Screen-5 (ACLS-5) and Large Allen Cognitive Level Screen-5 (LACLS-5) (2007).  Most recently in collaboration with Deane McCraith, MS, OT/L, LMFT  she co-authored “Assessments associated with the Cognitive Disabilities Model” in Assessments in OT in mental health:  an integrative approach (2018 in press) and “The Cognitive Disabilities Model:  creating fit between functional cognitive abilities and cognitive activity demands” in Cognition, occupation, and participation across the life span, 4th edition (2018).

Catherine is also a charter member of the Allen Cognitive Advisors, Ltd., a networking organization for clinicians and others who serve persons with differing cognitive abilities and their caregivers within the framework of the cognitive disabilities model.  In October of 2010, the Occupational Therapy Association of California gave Catherine their Lifetime Achievement Award in recognition of her “Sustained and significant contributions to the advancement of the profession of occupational therapy.” 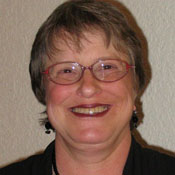 Deane has been clinical associate professor, at Boston University-Sargent College of Health and Rehabilitation Sciences, Department of Occupational Therapy for 24 years.  Since being introduced to the cognitive disabilities model in the mid 1980s, Deane has used it in clinical practice with persons with dementia, persistent mental illness, and traumatic brain injury, as well as presenting to and consulting with various organizations on the model and its application in practice.  As a co-investigator with Dr. Alexis Henry, OTR/L, Deane has been studying “The Usefulness of the Cognitive Disabilities Model in Predicting Community Functioning among Persons with Mental Disorders” as part of an AOTF sponsored grant (2003). Deane co-authored Manual for the Allen Cognitive Level Screen-5 (ACLS-5) and Large Allen Cognitive Level Screen-5 (LACLS-5) (Allen, Austin, David, Earhart, McCraith &amp; Riska-Williams, 2007).  Most recently in collaboration with Catherine A. Earhart, BA, OT, Cert., OTR/L and Sarah Austin, PhD, OTR/L, she co-authored the chapter “The Cognitive Disabilities Model in 2011” in Cognition, Occupational, and Participation Across the Life Span (Katz, 2011). She is also a charter board member of the ACA, Ltd.